Memes and jokes are so prevalent in today’s day and age, especially in light of what’s going on in the world; people use them as a means to cope with what’s going on—humor can sometimes relieve the public’s feelings about the bleak political state.

I knew memes were widespread and a social phenomenon capable of universality but I didn’t think too much about the power of a joke in government until this article. A quote that stood out to me in the article was, “Jokes, in the past, were considered for what they really are: incredibly dangerous political weapons.” This statement made me think of the event in which Vladimir Putin banned a meme of himself in Russia back in April of this year. A number of images—including one depicting Putin wearing lipstick, eye shadow, and fake lashes were deemed “Extremist” and offenders who shared the meme face a fine of up to $53 or 15 days of administrative detention. There’s a certain type of image and representation of hyper masculinity of Putin that he wanted upheld, and the “gay clown meme” threatened this image. In a way, the clown meme was a symbol of resistance of the people.

I definitely think one of the reasons why memes have such power in today’s society is due to the prevalence of social media in our culture. One tweet with a meme in it can garner up to 25K retweets and social media clicks and interactions in a mere amount of hours. That ability to share and spread information so quickly and to have such a vast outreach can be detrimental to someone or something—like a political figure or government— who is the butt of the joke. 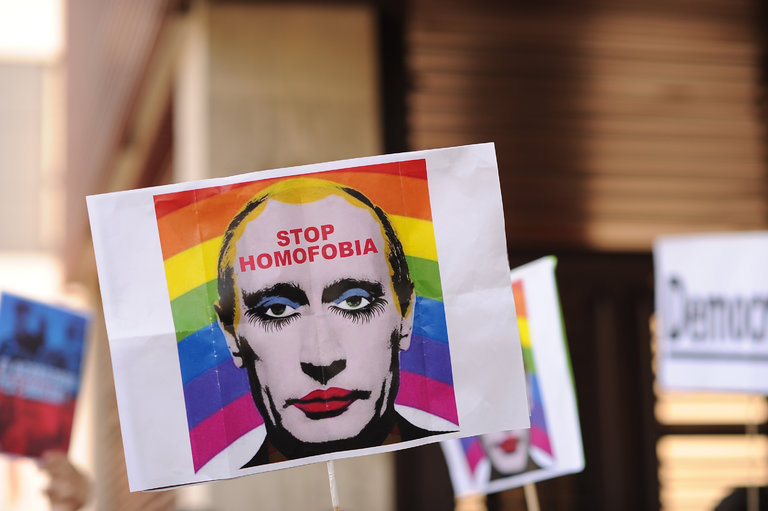 A Communication Design studio at the School of Design, University of Cincinnati.